Banjo Paterson wrote the lyrics for the famous Waltzing Matilda ballad in 1895, while staying at Dagworth Station outside Winton. He first played the unofficial national anthem at Winton’s North Gregory Hotel. The hotel is a favourite stop for Winton visitors. Recognised as the ‘home’ of Australian bush poetry, Winton hosts the annual Bronze Swagman Award. This is one of the country’s most prestigious literary awards.

The iconic Australian airline, Qantas started here in November 1920. They held the first board meeting in the Winton Club way back in 1921! However if you want to visit the Qantas Founders Museum, you’ll have to head to Longreach.

Winton has an undisputed rich history with links to the Great Shearers’ Strike, Waltzing Matilda and Qantas. However in recent days dinosaur discoveries have attracted new visitors to the region.

Winton has three artesian bores, drawing water from the Great Artesian Basin. The 83 degree Celsius water travels around 1,200 meters through the ground to the surface. 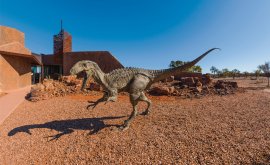 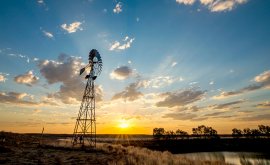 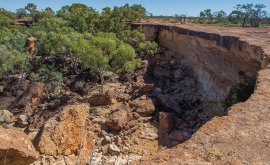 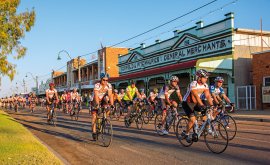 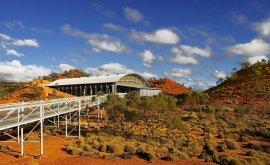 Winton has a rich history as the birthplace of Waltzing Matilda and QANTAS and links to the Great Shearers' Strike of 1891, but is just as well known today for something far more ancient...DINOSAURS!

Get ready for a day rich in Australian culture and heritage on an unforgettable day tour to Winton. You will take a guided tour of the Australian Age of Dinosaurs' Fossil Preparation Laboratory, Collection Room & Dinosaur Canyon; enjoy a Winton orientation tour; & Waltzing Matilda Centre.... 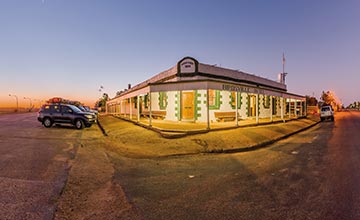 Take in the spectacular landscapes, iconic landmarks and fascinating historical sites on this 9 day Birdsville Desert Escape. You will tour the picturesque Far West Outback region, a fusion of stunning red sand hills, abundant wildlife and magnificent flora and fauna....

Experience the highlights of Outback Queensland’s heartland on the best selling fully inclusive tour featuring more of the top Longreach & Winton attractions and hospitality. You will stay three nights at the luxury Saltbush Retreat in Longreach and two nights in Winton, allowing you more time in...

With over 30 years experience in crafting authentic outback tours, you’re assured of a memorable and highly personalised touring holiday with Outback Aussie Tours.